Last September, the Montreal Shaw Direct Customer Care Centre decided to put their shoulder to the wheel and get involved with some very special fundraising. 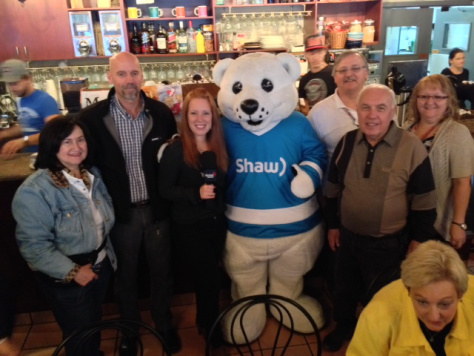 St-Viateur Bagel & Café on Monkland St. held an event called Back-to-school Bagel-O-Thon, in collaboration with the Generations Foundation organization. On September 18, donators could order one dozen bagels and pick them up between 6am and 10am. To help grow the success of the event, Montreal’s Shaw Direct team ordered a total of 175 dozen bagels! The organizers were delighted with their participation and all proceeds went to the charity.

Watch the interview below, courtesy of Global:

About Generations Foundation: They directly help young children in the community. Every day, thousands of students go to school with empty stomachs because their parents do not have sufficient resources to provide them with three meals a day. Experience shows us that when children are supported by balanced meals and snacks, they perform better in class and achieve better results. It is also a well-known fact that eating in the morning is essential, particularly for children and teenagers. 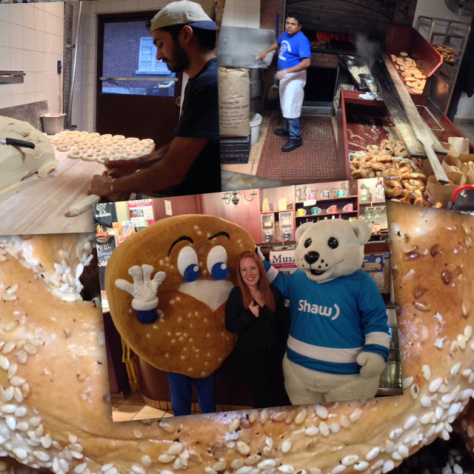 The Generations Foundation offers breakfasts, snacks and hot meals to more than 7,700 students in 96 schools and learning centers. It also introduced a feeding program to help children in becoming independent and autonomous regarding nutrition. Cooking classes and programs were set up so that older students could help younger ones. The difference Generations Foundation makes in the lives of these young people is remarkable and undeniable.

You can find more information about the Foundations Generations here. 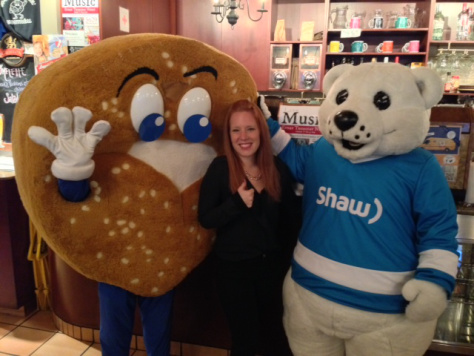 Philippe Sicotte, the Eastern Regional Manager at Shaw Direct, isn’t afraid of challenges. For the second time in two years, he ran to raise money for a cause close to his heart: the Children’s Wish Foundation. Sicotte ran 80 kilometers last year for the organization whose goal is to deliver dreams to children who have a life-threatening illness. This video, prepared by his son last year (in French), will take you through the 10 hour 47 minute journey through which he raised over $6,000 for Children’s Wish. This year, Sicotte challenged himself in running the approximate distance of two and half marathons, 100 kms, and to raise $10,000 in donations. Leaving from Chambly, QC very early Saturday towards Longueuil, weather wasn’t on the runner’s side. Finishing his run in 13 hours and 45 minutes, he arrived at the Marie-Victorin Park, welcomed by his supporters.  Several members of his family followed him along, his dad for instance, running the last kilometer by his side.

Since its creation in 1984, Children’s Wish has made the wishes of over 20,000 children come true. The organization reports that the more popular wishes are travel, entertainment centers, computer systems and meeting celebrities. They explain that for the children, accomplishing these dreams have a remarkable effect on the healing process. Sicotte, who is quite involved with the organization, mentions how much work is done by them and the incredible reach they have.

Sicotte’s goal is to raise enough money to cover the average cost of one wish. Donations are of course accepted all year long – here’s a link to their website if you would like to do so. Prefer giving directly towards Sicotte’s fundraiser? Just click here to access the website (in French) or contact us directly and we will give you more detail on how you can help.

Community engagement is very important for Shaw Direct. The company was indeed very involved throughout this event. The team in Montreal also organized a fundraiser barbecue the week before Sicotte’s run, where $1,533 was raised and added to the total donation. Here is a link to an interview that was done by Global News. Congrats to everyone that was involved in making this fundraiser a success, and especially to Sicotte, who, for another year, has shown incredible courage and perseverance.