Wait! Who said you didn’t have super powers?! Whoever it is, go tell them off!
I’ll wait here! 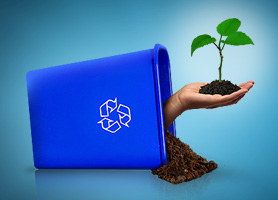 Seriously, though. You most definitely can do your part to make the world a better place. Heck! You’re probably already doing so! However, some of those many ways combine the useful with the pleasant. Take electronic billing for instance. Not only you get a notification through email as soon as your invoice is issued, but you also contribute to reduce the amount of paper in circulation. It’s somewhat like planting a tree with every electronic invoice you get. A green environment is a healthy environment! Hey! Put down that paintbrush and that green paint bucket! That’s not what I meant.

If we want to successfully make the world a greener place, we need to take the little details into account. After you sign up for electronic billing, you might want to have a personal account on our website. When we send your monthly billing summary via email, it is good practice for you to click the link to the detailed bill. That way you will be kept in the loop if we make any announcement. Besides, there are tons of things you will be able to do once you create an account online. Things like changing your programming, making a payment, viewing PDF versions of your invoices (those are very printer friendly), etc.

You can top it all off with an automatic withdrawal. The ways you can do this are literally endless. You can contact us to have it set up or… take a wild guess… Yup! You can also set up preauthorized payments through your personal account online. With instant invoice delivery via email, automatic payments through credit card or your bank account, the ability to manage your account online, all the power is yours.

Now you can simply sit back, relax, and let it all flow smoothly on its own. You can see more details here.  We thank you for your efforts towards a healthier environment. The 86th Academy Awards aired Sunday, March 2nd on ABC and CTV (for us Canadians!). Getting nominated is simply an honor; receiving a coveted gold statuette is considered one of the greatest achievements in the industry! The 2014 Oscars were hosted by Ellen DeGeneres, known for her fabulous sense of humour and entertainment qualities – She broke Twitter for a short while with that selfie and ordered pizza for everyone. The night went on smoothly with performances, among others, from Pharrell Williams, Karen O and Idina Menzel (aka Adele Dazim, if you’re a slightly-off John Travolta).

The Oscars are organized by the Academy of Motion Picture Arts and Sciences (AMPAS). Movies, actors and actresses, music scores, directors and other behind-the-scenes components are nominated into different categories and voted on by over 6,000 Academy members. You can learn more about the Oscars’ history right here.

Bottom line: What we care the most about these events are the winners, those who should have won (we’re looking at you, Leo), and how good-looking everyone was in their outfits! Take a look at the gentlemen here and the beautiful ladies here. They looked ever-so-glamorous during the ceremony, but also at the after party – Pictures galore here!

The complete list of nominees and winners can be found on the Oscars Site. Many of the nominated and winning movies are already available on Shaw Direct Pay-Per-View (channels 951-983) or Shaw Direct Video On Demand:

If you wish to get more information on our Pay Per View or Video On Demand services, don’t hesitate to chat with a member of our eCare team via our Contact Us page, available 7 AM to 9 PM MT Monday to Friday, or contact our Social media team on Facebook or Twitter.

Do you want to see more posts like this? 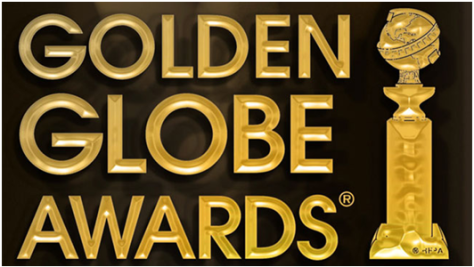 Interested in bundling your Shaw Direct satellite service with Shaw Internet and Shaw Home Phone? If you’re in a Shaw-serviceable region, you may be eligible to receive up to $15.00 off your services per month!

With Internet speeds up to 250 Mbps, access to thousands of complimentary Shaw Go WiFi sites,   free Shaw-to-Shaw calling, and the ability to check your home phone messages from any computer or mobile device, you simply can’t go wrong. Pair all of this with the most HD channels in Canada and 10,000 (and counting!) Shaw Direct On Demand titles, and you have a winning combination!

Not sure if you’re in a Shaw area? Check out Shaw’s website, and select your location up at the top of the page to see if Shaw Home Phone or Internet are available where you live.

If you don’t live in a Shaw area, you still may qualify for a discount on Internet with Xplornet. Find out more about this offer here.

It’s that time of year again. A time for hot chocolate, woolly toques, building snowmen, and of course, the Shaw Fire Log.

You can enjoy it on channel 299 (in between regular programming), in HD on channel 955 (you’ll need a 600-series receiver), or on Shaw Direct On Demand. Can’t wait until you’re at home to bask in the warm glow of the fire log? Fear not: Today we introduce the Shaw Fire Log online, available exclusively on our Facebook page! Whether you’re on your laptop, tablet, or smartphone, you can see all of the ember-y goodness.

Did you know that the original televised fire log was on New York’s WPIX in 1966? It was inspired by an animated Coca Cola commercial that showed Santa in front of a fireplace. WPIX CEO Fred Thrower wanted the channel to be available to New Yorkers who lived in apartments or homes without fireplaces.

And, who can forget the hard-hitting feature The Daily Show did on the Shaw Fire Log?

Whether you’re curled up at home, or trying to stay warm on your morning commute, don’t miss out on the Shaw Fire Log.

Did you know that you can refer your friends or family members to Shaw Direct and receive a free month of service in return? With our Refer-a-Friend program, it’s simple!

If the person you refer opens an account with us and keeps it open for at least 60 days, we’ll cover your bill for one month. Do you have a bunch of people you’d like to refer to us? Go right ahead! For as many people you refer to us that sign up and stay for 60 days, we’ll give you the same number of free months. Pretty cool, right?

So, how does our Refer-a-Friend program work? All you have to do is fill out a form on our website. Once we have the information, we’ll take care of contacting your referral and getting them ready to go!

The day their equipment is installed and their service is turned on is the day the countdown to your free month begins. We automatically go through all of the referrals we receive, and assign the credit for your account once the 60-day period is up.

There are a few things to bear in mind with the Refer-a-Friend program:

–          Referrals can only be brand new customers, or former customers who have not had service for at least six months.

–          The programming credit is non-transferrable, so it can only be applied to your account. It also has no cash value.

–          In order to receive the credit, your account (the referrer) will need to be current with payments.

Have any questions about our Refer-a-Friend program, or anything else? Let us know in the comments!

In honour of International Animation Day, here are 10 facts about the history of animation:

1. An early predecessor of the projector existed around 1650. This was called the “magic lantern,” and consisted of a translucent oil painting, a very simple lens, and a candle or oil lamp. The images would be projected in a darkened room, and often were used to convince viewers that they were witnessing something supernatural.

2. The flip book was patented as the “kineograph” in 1868 by John Barnes Linnett.

3. Thomas Edison announced the creation of a device he called the kinetoscope in 1889. This projected a 50 foot length of film in about 13 seconds.

4. Charles-Émile Reynaud is considered the pioneer of projected animated films. After inventing the praxinoscope, his animation Un bon bock was the first he showed publicly in 1892. It was shown alongside Le Clown et ses chiens and Pauvre Pierrot. In 1910, Reynaud threw most of his films into the Seine in Paris. Pauvre Pierrot is one of two that survived.

5. The first entirely animated film recorded on standard picture film was created in 1906. This was called Humourous Phases of Funny Faces, and was created by James Stuart Blackton. This featured scenes drawn on a chalkboard. Blackston is considered the father of North American animation.

6. In 1908, Émile Cohl created the first animated film using what became recognised as traditional animation – hand-drawing the images on paper. The film, called Fantasmagorie was made up of 700 separate drawings (cells), and is about 80 seconds in length.

7. Not one to stop trying new techniques, Cohl created another animation called En Route in 1910, which was the first paper cutout animation. This allowed the animator to save time by simply repositioning the paper drawings rather than having to redraw each new cell.

8. Walt Disney owned a studio in Kansas City called Laugh-O-Grams prior to opening Disney Studios. It went bankrupt in 1923, which is when Disney moved to Los Angeles and opened his new studio.

9. Disney originally wanted to call his famous mouse Mortimer. His wife disliked the name and suggested Mickey instead.

10. The first time computer animation was used for an entire film was with Toy Story in 1995. The last film of the franchise, Toy Story 3, was the first animated film to earn more than $1-billion worldwide.